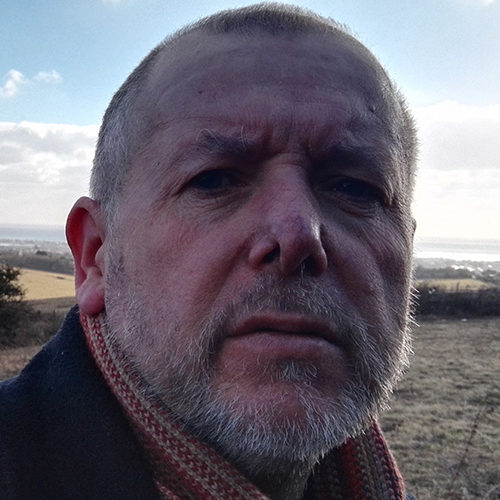 Phil Tyler is a practising artist who is interested in the relationship between the materiality of painting and it’s potential to create illusionary space as well as act as a cypher for grief, loss and the notion of the sublime.
His practice involves painting, drawing, printmaking photography, collage, digital image and writing. He has a track record of exhibiting work both nationally and internationally since the mid 1980s and his work has exhibited in the ING Discerning Eye, Royal Institute of Oil Painters, The Lynn Painter-Stainers prize, The Garrick Milne Prize, The Royal Overseas league, East, The National Open and the Whitworth young contemporary’s competitions.
His work is in both public and private collections in this country as well as in America Australia Finland Hong Kong and Sweden, including Brighton Museum and Art Gallery, Peterborough Museum as well as being collected by Brian Sewell. His work is represented by Zimmer Stewart Gallery Arundel The Harbour Gallery Porthcatho, and the Fairfax Gallery Burnham Market. His first book “Drawing and Painting the nude” was published by The Crowood Press in 2015 and his second book “Drawing and Painting the landscape” was published in 2017. He has also written a number of articles for The Artist Magazine.
Phil Tyler has also appeared on BBC Television Programmes and other tv shows. He was a Quarter Finalist Sky Arts Portrait artist of the year, 2018 S4 Ep 7 and 2019 S5 Ep 7.