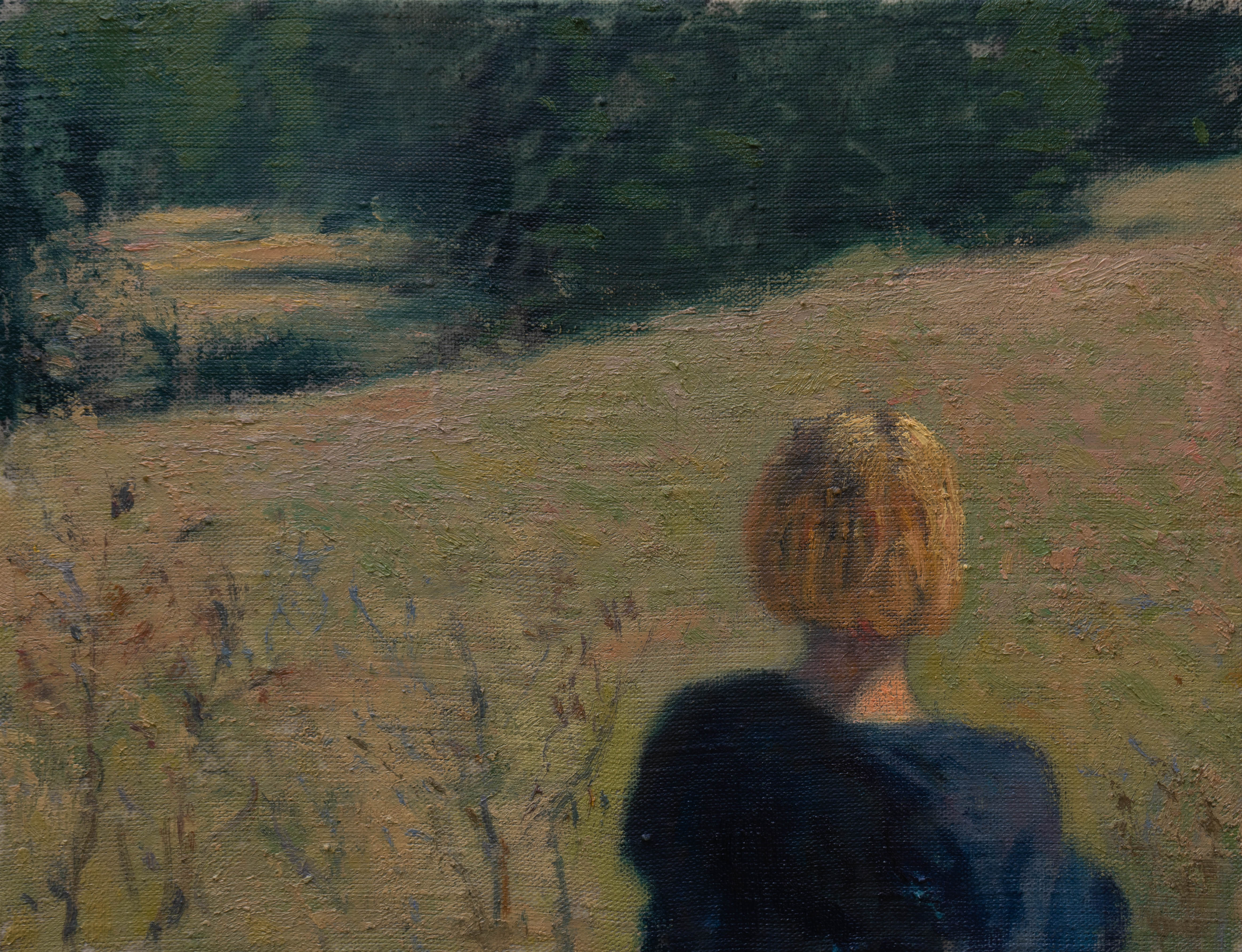 David Horvath is a Romania-based figurative painter, born in 1998, currently working in his hometown, Baia Mare. David mainly works in oil technique, but he’s also experimenting with ink, watercolor, and graphite on paper. He was originally interested in a musical career since middle school, however fine arts got to be more and more appealing to him before finishing Arts College, thus starting to pursue an artistic career. David holds a BA degree in Painting from the University of Art and Design, Cluj-Napoca. His work consists of self-portraits, landscapes, and the human figure, most of them being shrouded in warm light, sometimes associated with the golden light of the sunset.

How and why did you start your artistic career?

It is hard to decide when I started pursuing an artistic career but let’s say it all started at the Arts College in my hometown. Being a fine arts pupil I wasn’t really into arts, because at that time I was mostly interested in music and I have also played guitar and did main vocals in some bands.

I thought I was going to chase a musical career in the near future, however towards the end of high-school I’ve radically changed my mind and decided to continue studying fine arts, specifically painting, at the University of Art and Design in Cluj-Napoca. The reason for this choice was mainly related to the simple idea that I’ve felt more secure not changing the path I have chosen in middle-school, when I was accepted to the fine arts class, so I kept music as a hobby.

How did you discover your medium and why did you choose it?

Oddly, I started oil painting at the beginning of high-school, not even knowing the basics, which I have first learned about in the first year of the BA. It was astonishing to find out that painting was more than just going to school and working after the same subjects a few years in a row, without having a minimum of motivation for it.

That being said, I randomly got more and more interested in painting during my first years at the university, when in the last year of BA I was finally able to paint a series of a few paintings consisting of the human figure (self-portrait) placed in a natural realm. The series incorporated elements that created an atmosphere I felt closest to, namely the warm light pulsating from the canvas, as well as bright saturated colors.

Can you talk about your creative process? How is your work born? How long you take? When do you know it’s over?

My process of creating an image usually starts with a sketch, a photograph or with the nature itself. Most of the time I get an impulse of creating that comes from a cluster of colors which I see in a preexistent image or from the lines of a drawing that I find beautiful enough to paint after. All these need to be integrated in a specific composition that feels airy or not, depending on the mood and context of working, besides the more technical stuff. I don’t have a routine when it comes to painting, meaning that I’m going to paint when the image I want to create materializes itself in a way that lets me go deeper when I’m in the middle of the process, but that’s not always the case.

Sometimes night and day are the same to me because of that matter. I generally need one up to three sessions to finish a relatively small painting, although I consider the final work to be just the tip of the iceberg, the mental processes being more important to me than the painting itself, which is just a conglomerate of ideas and aesthetics I have reached in a period of time. The work is finished when it no longer needs additional touches that won’t change much anyway, trying not to deprive it of the fresh brushstrokes I want to keep at the surface.

Who are your favorite artists? Which ones are you inspired by?

I don’t necessary have favorite artists but there are some that I greatly admire, for example Gauguin, Puvis de Chavannes, Felice Casorati, Schiele and Matisse. 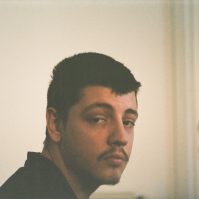 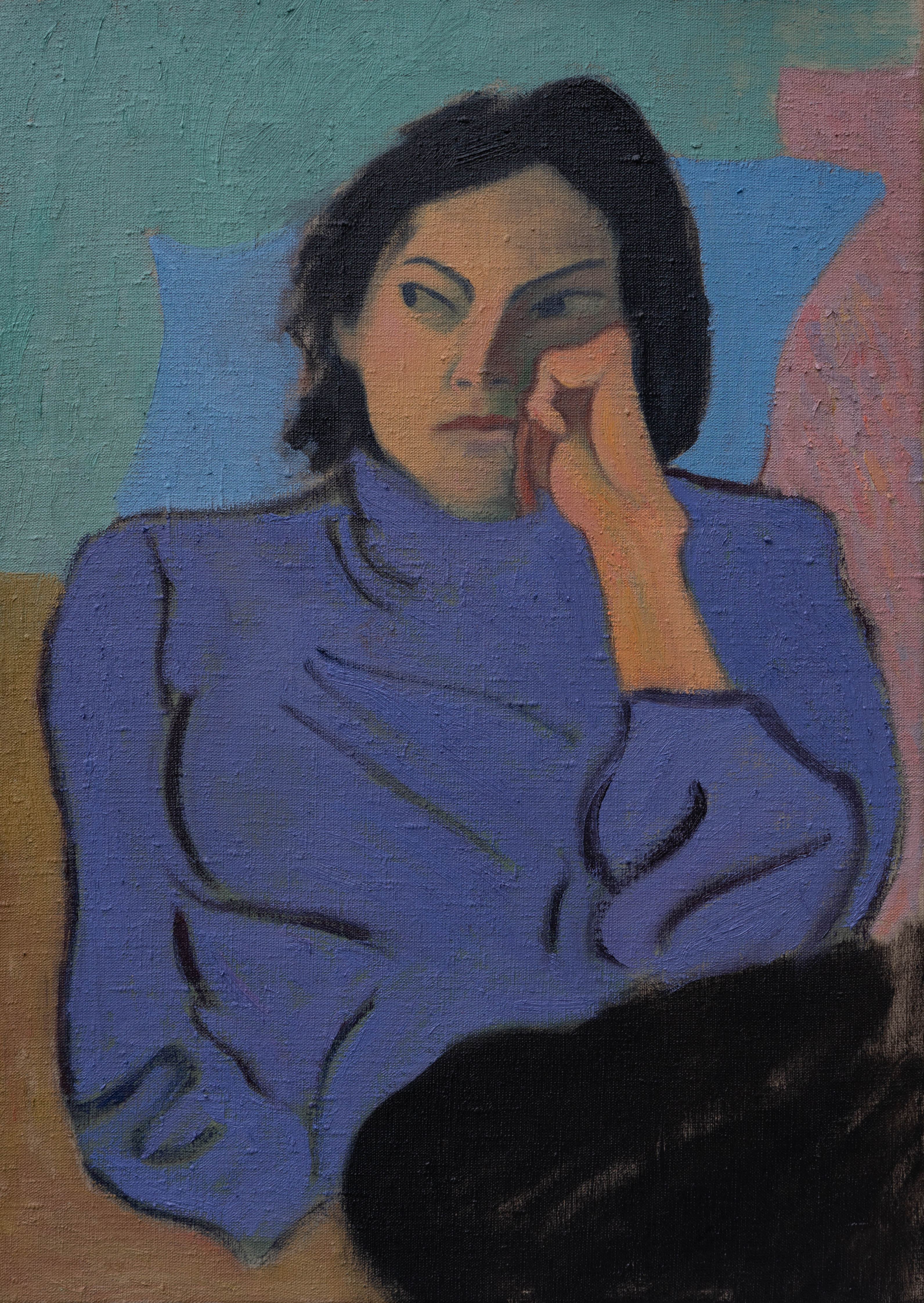 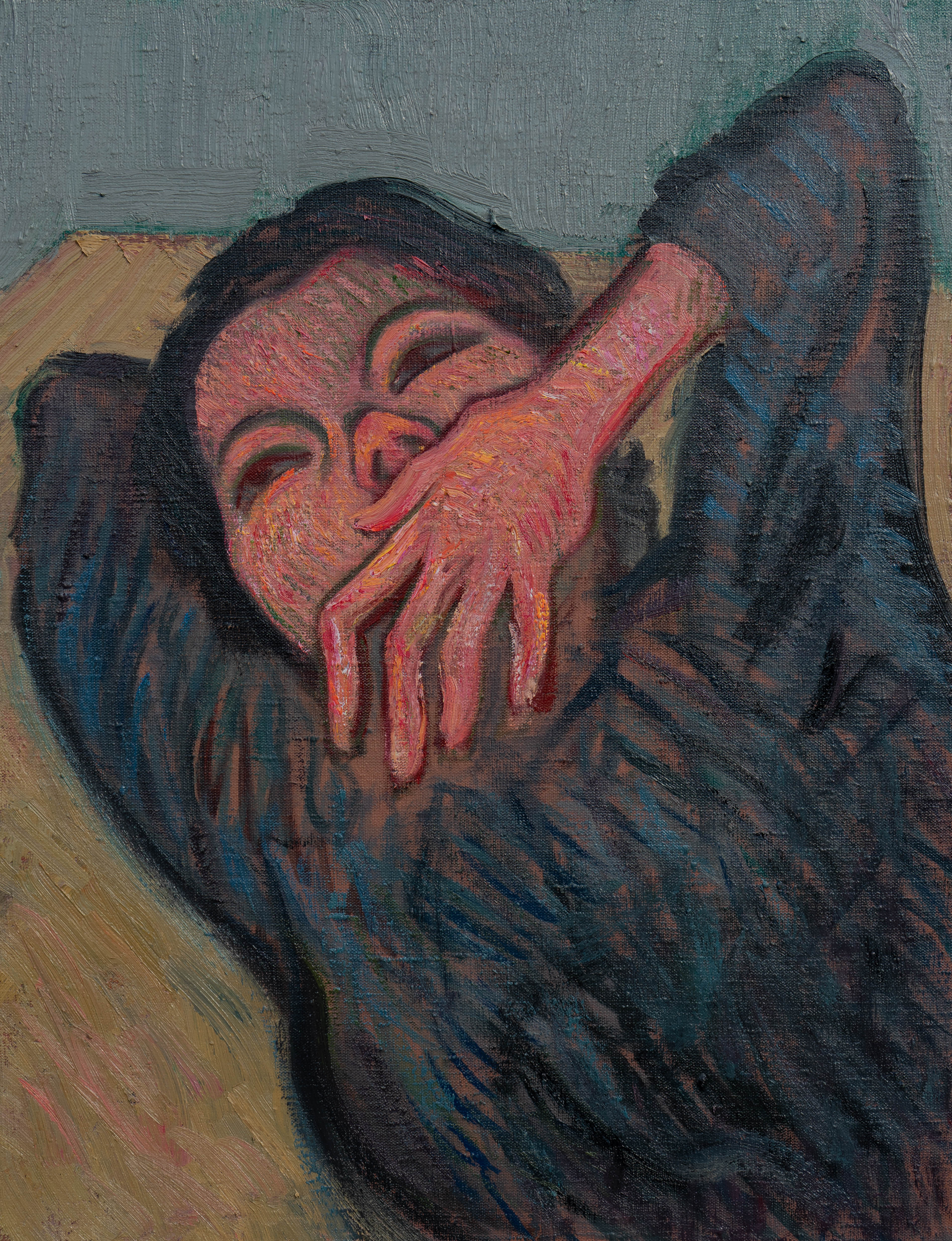 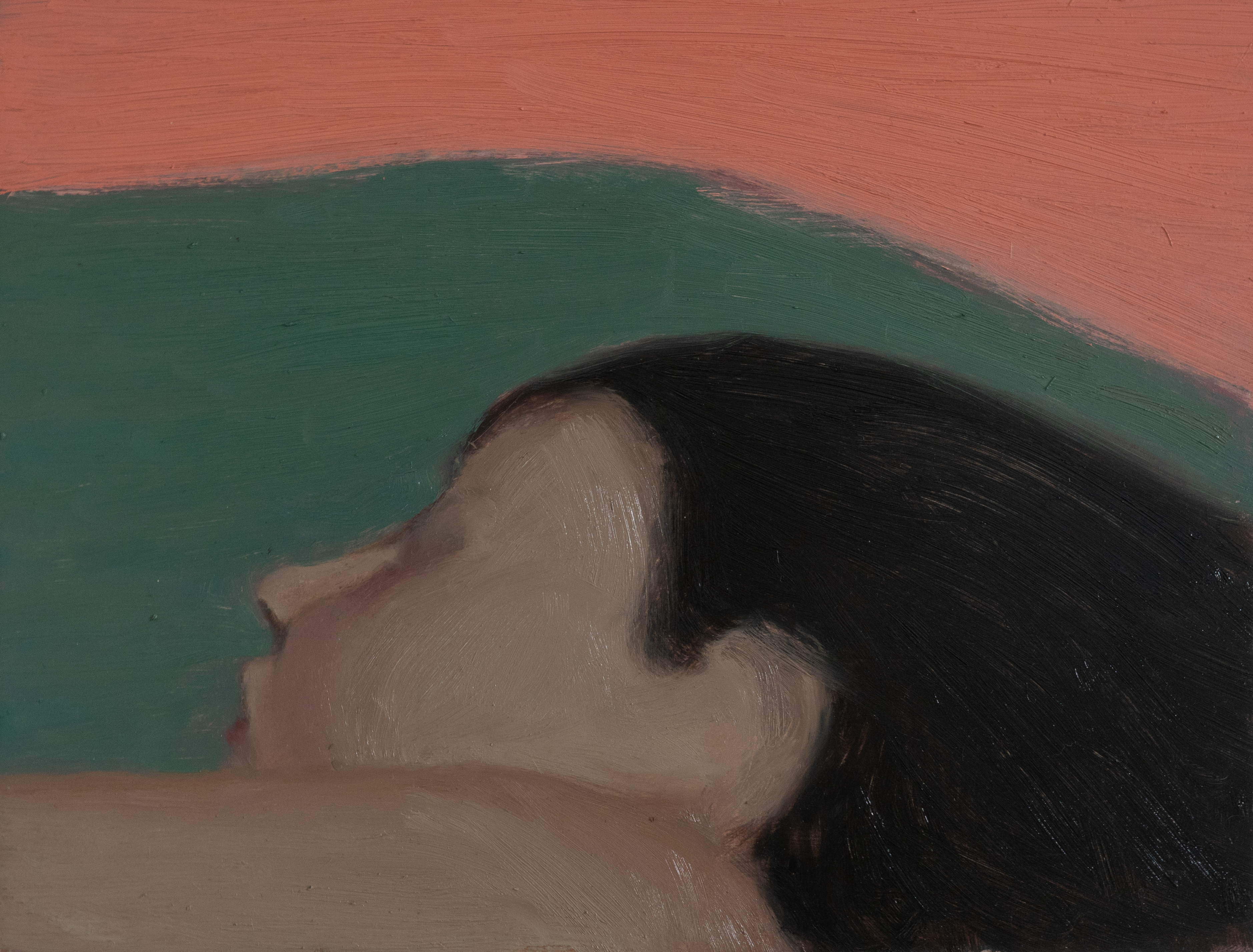 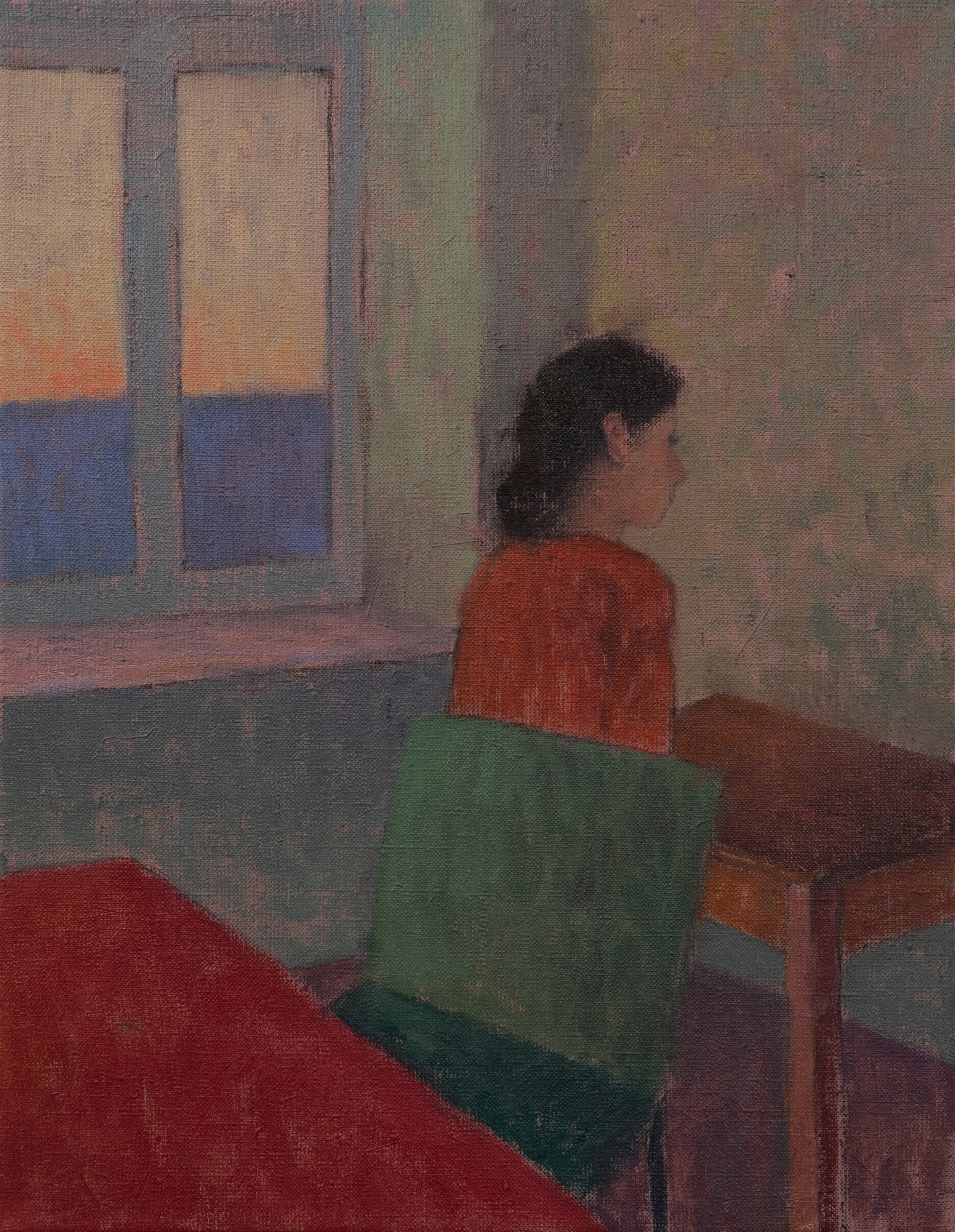