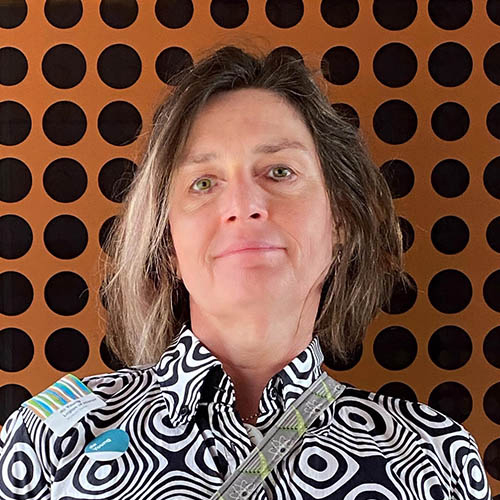 Heidi Brueckner is a Professor of Art at West Valley College in Saratoga, California where she has taught painting, drawing, and design for over 20 years.

A native Californian, Brueckner studied at the University of Heidelberg and The Goethe Institute in Germany in the late 1980s. During this pivotal year, she was able to visit the major museums of Europe and found herself heavily influenced artistically by 20th century German art.
Brueckner received a BA in Fine Art and a BA in Art History from University of California, Santa Cruz in 1991. She received an MFA in Painting from University of Kansas in 1997.

Professor Brueckner’s work has been shown at museums, galleries, colleges, and in publications nationally and internationally. She has received several awards and scholarships for her work.
In 2018, she published the book “Monsterbet”, a series of 26 oil, acrylic, and mixed media paintings based on the format of children’s alphabet rhymes. The book is available for purchase at Etsy, Amazon, and at her website heidibrueckner.com.